Hi, everyone! I have a peachy keen card to share today, using a few of the stamps from the most recent release from Purple Onion Designs. You can still purchase the entire collection in a bundle at a 30 % discount, an offer that expires at midnight tonight EST. 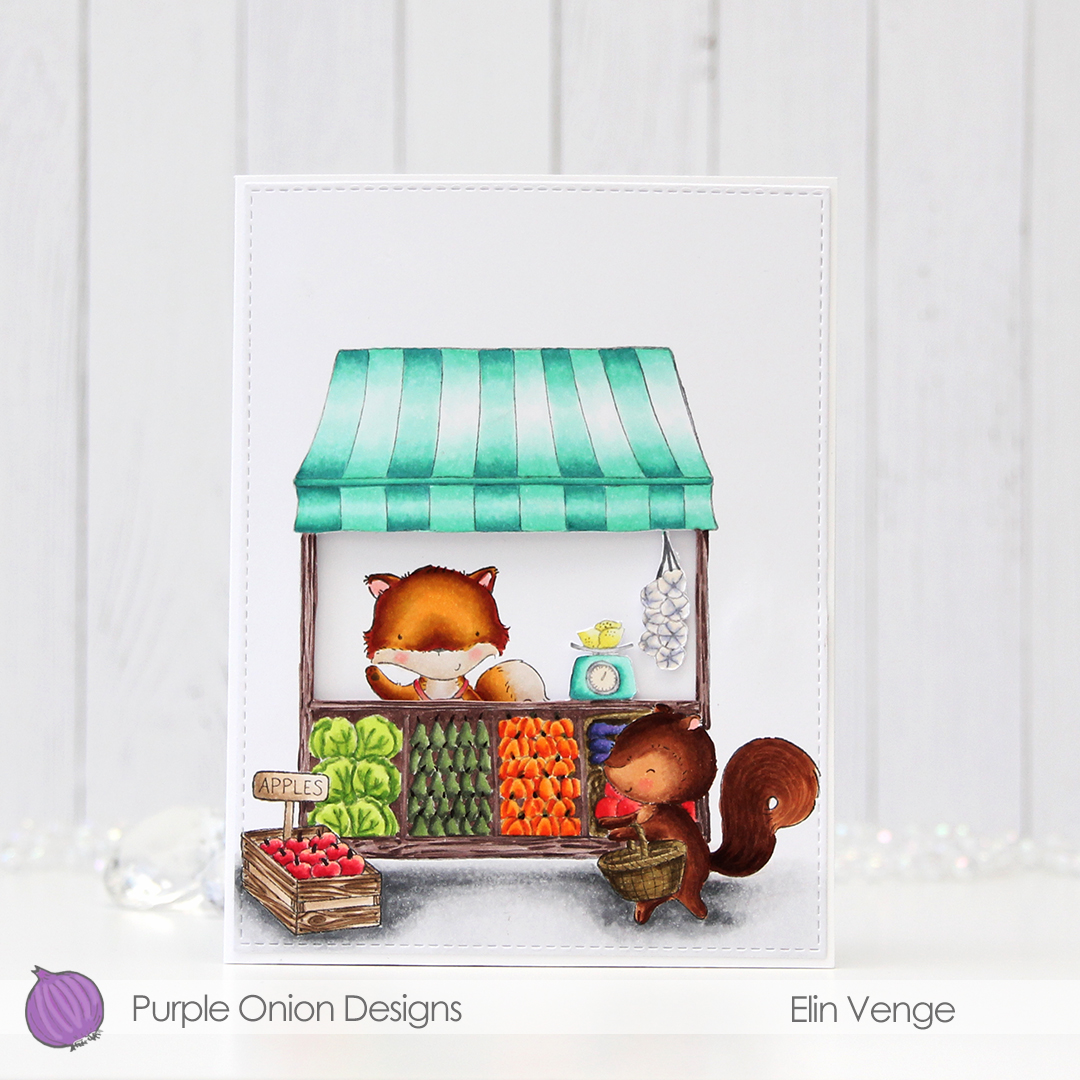 My card is actually a tri-fold card. My original plan was a regular card with a window on the front and the remainder of the scene on the inside, but I really wanted to use William the owl for this card while still keeping it an A2 size, and there just wasn’t room for him, so I opted for a tri-fold design. I started by stamping and masking Alice the squirrel and the crate of apples from the fruit crates set, and then stamping the produce stand. I colored everything with my Copics, used the largest of the A2 Stitched Rectangles dies from My Favorite Things to turn it into a nice panel and adhered it to the front of a sidefold A2 card card base. Using a craft knife, I cut the opening in the fruit stand through both layers of paper, making sure to be very careful around those garlics so I didn’t chop them off.

On a separate piece of X-Press It blending card, I stamped the remaining two fruit crates, masking the one with the lemons and adding Jane the fox behind it, stamping her so she’d be perfectly placed in the window on the front of the card when it’s closed. You can see the back of the window on the left in this photo. I used the same die from MFT to die cut this panel too, and added a sentiment from the Around the Town sentiment set above the cute fox. I adhered the panel on the back of another sidefold card and glued the two cards together to make my tri-fold. 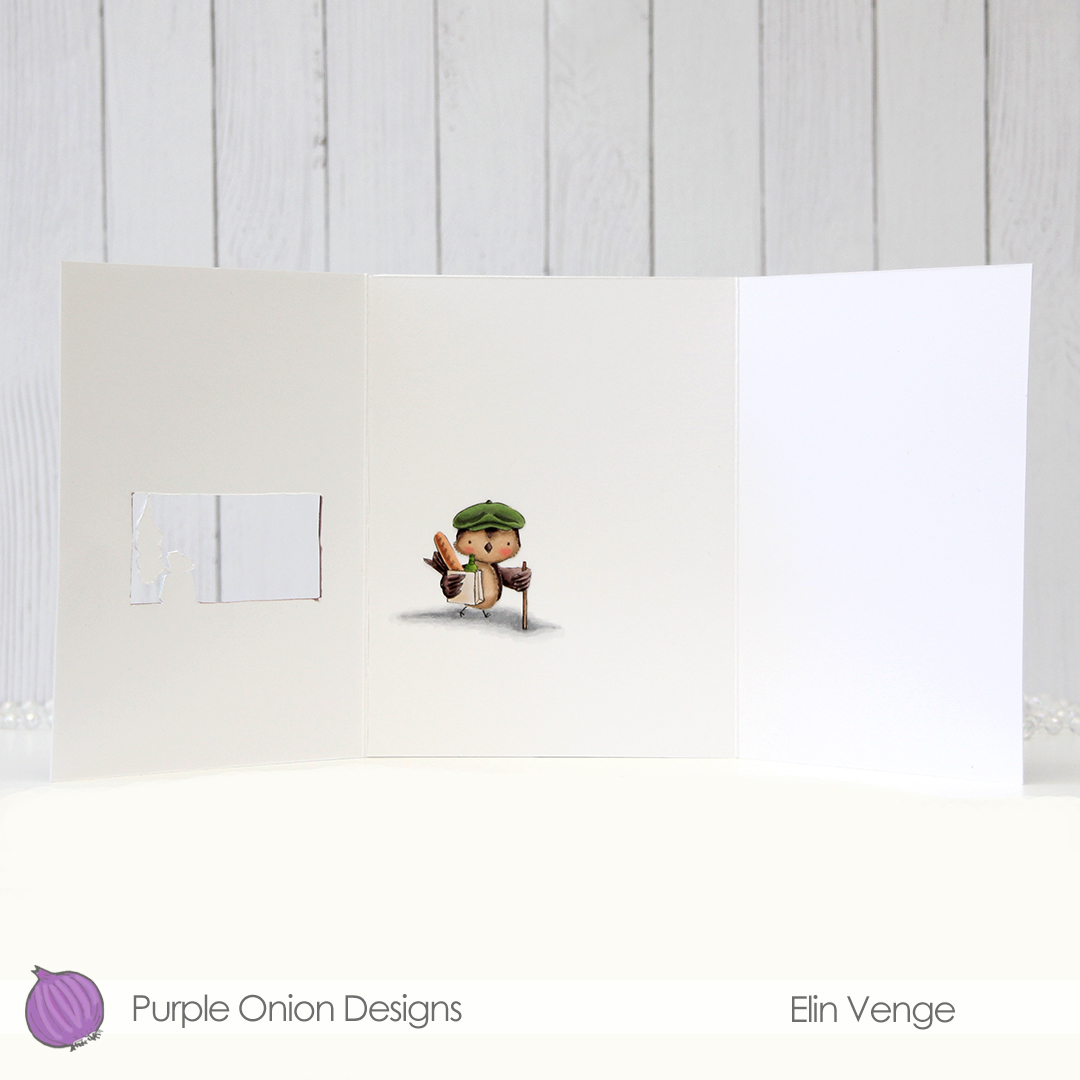 William gets to steal the show on the middle inside of the card. The front is to his left (you can see the window there) and the panel with the fox and the two fruit crates on the back of the part you can see to his right. He might look a little mis-placed since he’s not tucked in a corner, but it’s with good reason. The panel on the right (which is the back of the one with the fox) has plenty of room for a personal message.

Here’s a bit of a close up. I prefer not to color with my Copics on regular card stock, so I stamped him on X-Press It, colored him with Copics, fussy cut him and glued him to the card base, using a think black pen to draw his feet back in and some gray colored pencils on the card base to ground him.

If you close the front of the card without folding the panel with the fox back where it belongs, it looks like William is the one standing behind the produce stand. This was my reason for placing him where I did, I wanted to have the option of keeping the card half open, so he’d appear in the window instead of Jane.

I used a ton of Copics for this card.