Hi, and welcome. It’s Wednesday, which means inspiration for Mo’s Dream Team from me. 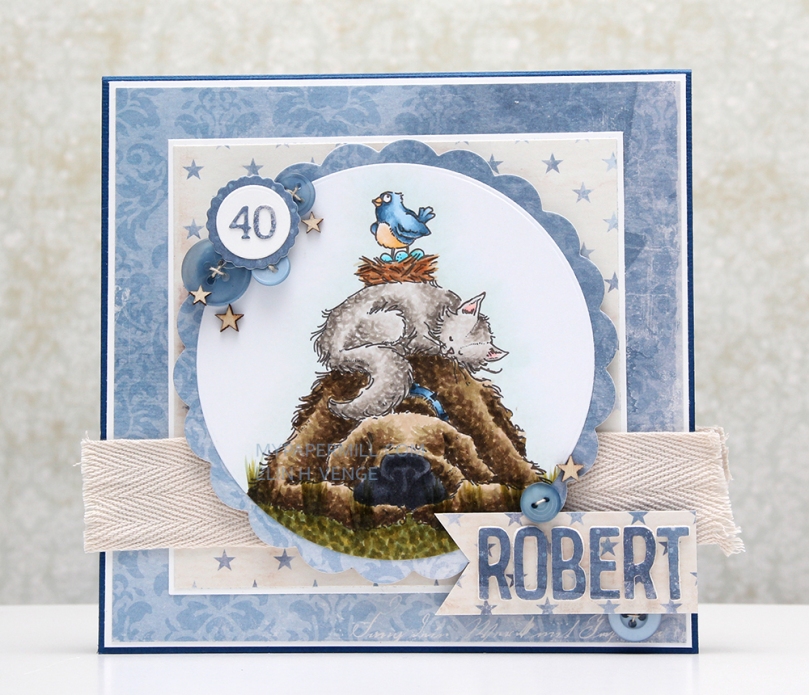 I’ve used Coexist for my card today. It’s a birthday card for a guy who works at a pet store, so I thought this image would be perfect. I’ve colored the image with Copics, and diecut it into a circle. Our first ever Dream Team Challenge is a sketch by our fabulous Lou, and I’ve followed it as closely as I could. She called me naughty for not adding the smaller square panel at an angle, but I simply don’t have it in me to not make it straight. 😉 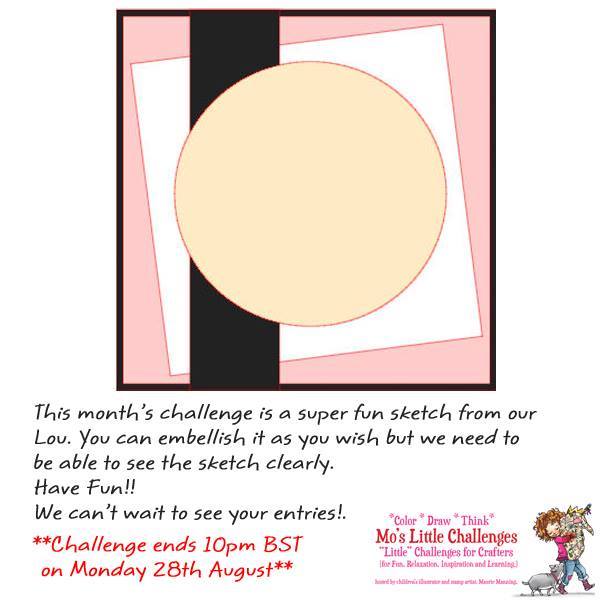 As you can see, I’ve rotated the sketch 90 degrees counterclockwise on my card, and then rotated the smaller square slightly clockwise to make it straight. With one counterclockwise rotation and one clockwise, we’ve got some equilibrium back (at least that’s how I’m justifying my being naughty) and all is right with the world again. I’ve got far to much OCD in me to be able to add panels at angles. 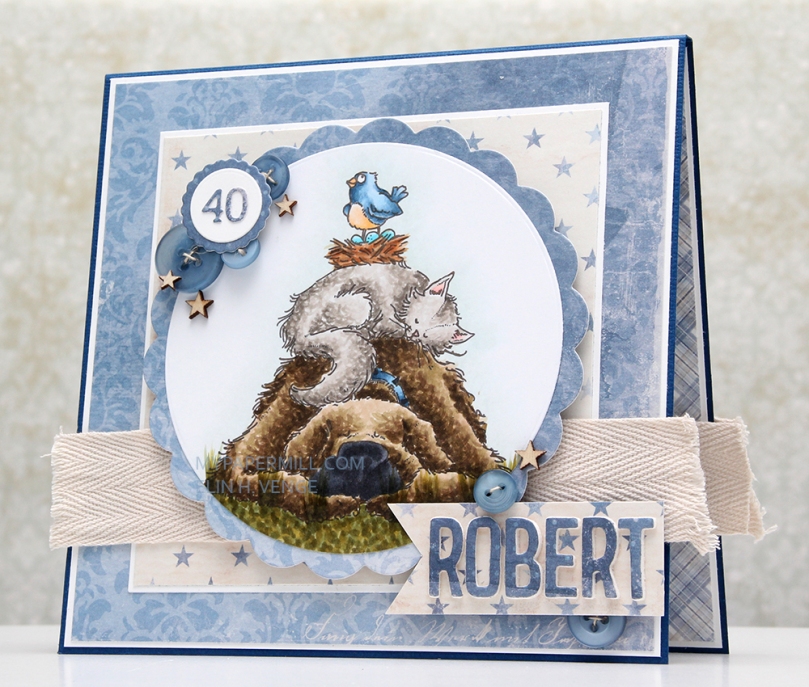 I’m still working on reducing my pile of scraps, and I’ve used papers from the Summertime (by the sea) collection by Maja Design. The papers with the stars aren’t scraps, that was a whole sheet when I started making this card, but everything else comes from my scraps. I diecut some letters from patterned paper and glued them to fun foam for a little bit of dimension. The buttons are from Papertrey Ink, and the veneer stars from Studio Calico. The twill was once used to tie up pillow cases that I got for my birthday one year. The pillow cases were rolled up with the twill going all the way around, the manufacturer made them that way, so in a way, it’s repurposed packaging. Much better for the environment than just a plastic sleeve, and much cooler to display in the store.

The coloring of this image is super simple. It may look complicated, but it’s really not, it’s just layers and layers of criss cross action with the brush tip of the marker. I start with my darkest color, then go slighty over and further out with the next and then the one after that, all the way to the lightest color. Then I start with the darkest again, and keep building color like this till I’m happy with the result. It’s a bit time consuming, but winds up looking more like fur than many other techniques. 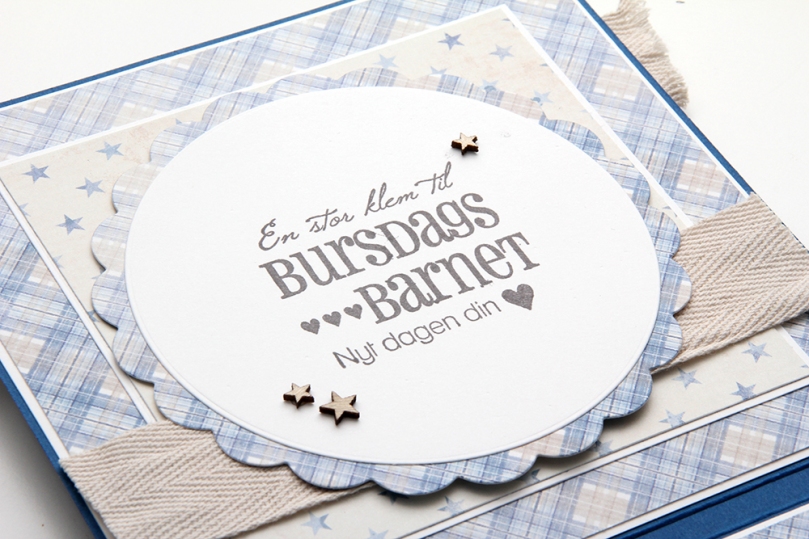 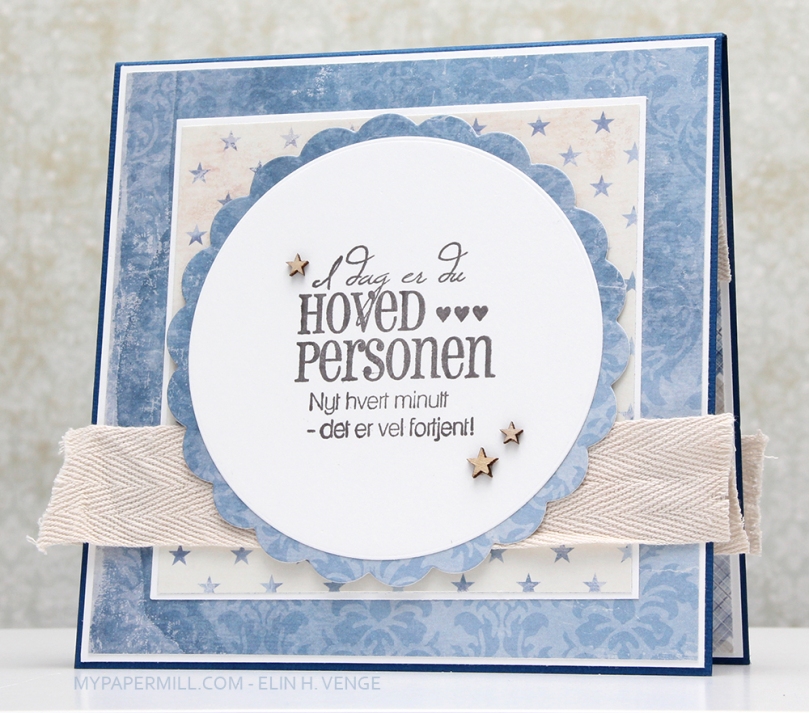 The back of the card. Another Norsk Stempelblad AS sentiment and more veneer stars.

Finally the colors I used for my image. I bet you don’t see FBG2 used very often, but I used it for the eggs.